Why Was a Harlem 4-Year-Old Screaming “Let My People Go!?" 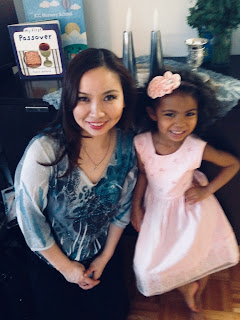 Our guests don’t ask four questions, but one. "When do we get to eat?” We tell them to eat something before if they don't want to be hungry staring at a shank bone and parsley while we read for two hours. To make the matters worse, every year at our Passover seder, our Afro-Asian Jewish American daughter passionately sings “Go Down Moses” crescendoing into the part “Let my people go!”

The song exemplifies the parallel between the Jewish people's enslavement and departure from Egypt and the African-American slave experience in the United States. The parallel that I only draw once a year on Passover. “Exodus and Emancipation” is one of the tracks from one of my new albums, a debut album by the NPO Trio (Sam Newsome on sopranos saxophone, Jean-Michel Pilc on piano, and Meg Okura on the violin) to be released on March 15 from Chant Records, a newly established avant-garde, and world music label.

I first met Jean-Michel Pilc almost 18 years ago when I used to play with a group called Global Unity, led by none other than the soprano saxophonist Sam Newsome, who was on a major label COLUMBIA/SONY and this is why I married him. Since then, we have all become good friends. Several years ago at one of our daughter's birthday parties, Jean-Michel started to play Israeli and Yiddish songs, honoring (or making fun of) my new identity, revealing for the first time that he too was Jewish. But not without a caveat: a proudly non-practicing one. He shared his memories of his family as he played. Sam and I joined in with our instruments. NPO Trio was born.

When others see us, Sam Newsome and I, or the NPO Trio for that matter, many assume things that are not necessarily true about us- us as individuals. I am the first one to admit that I do this too. I make quick judgement of others because I just cannot control my thoughts, no matter how hard I try. These are logical and statistically sound assumptions based on our own experiences and our limited knowledge. We constantly make assumptions about individual's values, political views, athletic abilities or even the food we think certain groups enjoy solely based on one's race.

So here is a challenge for you, my friend. I want you to see beyond our skin colors and just listen. Yes, listen to this new avant-garde jazz album!! I know what you are thinking. That is WAY TOO MUCH to ask even as good friends! But it's not as challenging as one might imagine. As critic Leonid Auskern of the JAZZ QUAD puts it:

"the NPO Trio offers truly original and creative solutions of the Klezmer melodies to the listeners. ...Live at The Stone will captivate people with many different tastes."

We occasionally reference familiar Yiddish melodies such as “Oyfn Pripetchik” or “Mine Yiddishe Mama” to even John Coltrane. NPO Trio expresses many emotions through music and sounds in a surprisingly cohesive manner using musical idioms from jazz and classical, Romantic to Atonal, blues to free jazz. 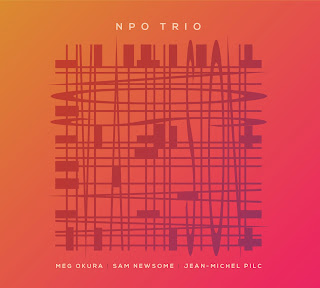 The real challenge is the cover art. I made the album cover with an optical illusion. You are obliged to change your perspectives in order to see the hidden title. My Torah portion “Re’eh” (from my Bat Mitzvah last summer) means “see” in the imperative form. And according to the Bible commentator Rashi, we must “see” in the condition that we "listen". And we all know that jazz is all about listening to each other. And I believe in jazz.

So first, close your eyes. Then sit back and listen while the NPO Trio takes you to the world both familiar and foreign, to see many colors, to experience melancholy and bliss at the same time. And after that, you too may believe in jazz. Amen.

Popular posts from this blog

Here is Why Seeing Is Not Believing

August 18, 2017
I recently had my adult Bat Mitzvah, and chanted from my Torah portion called “Re’eh” which means “see” in the imperative form. It is basically telling the Israelites how to go about destroying the holy sites and idols of the Canaanites- “...and you shall tear down their altars, smash their monuments , burn their asherim, cut down the graven images of their gods, and destroy their name from that place.” Pretty awful stuff. We know G-d of the Bible to be harsh at times, but here, he is advocating violence. I am vehemently against all violence, regardless of who commits these violent acts. Left or Right. Christians or Jews. Black or Japanese. The ordering of destruction of other people’s idols makes God look really petty and immature. But I have an idea as to why Moses of all people found the idols of the Canaanites to be such a threat. Remember the Golden Calf after his recent stint on Mount Sinai ? He must have been really disappointed by the Israelites who were allured to the he
Post a Comment
Read more

Is There a Harvey Weinstein of Jazz? #MeToo

April 21, 2018
(Trigger warning! rape, child abuse) The #MeToo movement has been bringing about changes in the entertainment industry, especially film. Many of us wonder "Is there is a Harvey Weinstein of jazz?" The most significant difference between the film and jazz industries is that we no longer have influential gate-keepers in jazz. Record company executives, managers, booking agents, producers used to be extremely powerful. But today, they no longer make or break one's career in jazz. We have to "make it" on our own. Except for faculty members at educational institutions, nobody could take advantage of young female jazz musicians today. But it doesn't mean that I have never been sexually harassed or made to feel uncomfortable on the bandstand or off. Until recently, many jazz musicians used to make inappropriate jokes and offhanded comments. But I always told myself to have a thick skin, and ignore the comments. I also used to receive unwanted sexual advances
2 comments
Read more

March 21, 2018
Being the second day of spring, the Passover just around the corner, all I see is white in my window. Mind you; I live in Harlem. Whether you are Jewish but not feeling it, or you aren't Jewish at all but want to feel Jew-ish, there are ways you can feel more Jewish without guilt or doing anything involving clearing out bread from your kitchen cabinets. Here is my personal "FOUR ANSWERS" (playlist) for the week anticipating Passover! No. 1 Alberto Mizrahi Trio Globo "Dayenu" featuring Howard Levy, Eugene Friesen, and Glen Velez (YouTube) No. 2 Pharaoh's Daughter  "Taitsch" (Exodus)  (YouTube) No. 3 NPO Trio "Exodus and Emancipation" from NPO Trio Live at The Stone  (Bandcamp)  No. 4 Louis Armstrong "Go Down Moses"  (YouTube)
Post a Comment
Read more